Vicha Ratanapakdee, Angelo Quinto, Noel Quintana; these are just a few of the many Asian Americans who have been killed or injured within the past couple of months. Ever since the novel coronavirus emerged in 2020, there has been a rise in anti-Asian sentiment and hate crimes. Although the Biden administration has signed an executive order to ban any “inflammatory or xenophobic” language to describe COVID-19, Trump calling it the “China Virus” or “Kung Flu” has already tied the tragedy of the pandemic to an entire race. Just within the past year, New York City has seen a ninefold increase in Asian hate crimes from 2019 to 2020; out of the 27 Asian hate crime cases the NYPD Hate Crime Task Force oversaw, 24 of them were related to the coronavirus. Seemingly for the first time, Asian Americans are facing discrimination. However, that is not the case. Asian Americans have been discriminated against since the beginning of American history and are far from the “Model Minority” stereotype placed upon them.

On the surface,  Asian Americans as a whole seem to be performing better than any other race, including Caucasians. In 2018, the median income for Asians was $87,194, 38% higher than the national median income of $63,179. However, when you break down incomes based on ethnicity, the inequality is much more apparent. According to the Pew Research Center, the gap in the standard of living between the highest earning Asian and lowest earning Asians has almost doubled from 1970 to 2016. The data concludes the distribution of income among Asians is the most unequal across all major racial and ethnic groups in the United States. An overwhelming number of Southeast Asian identities are at the bottom in terms of income. 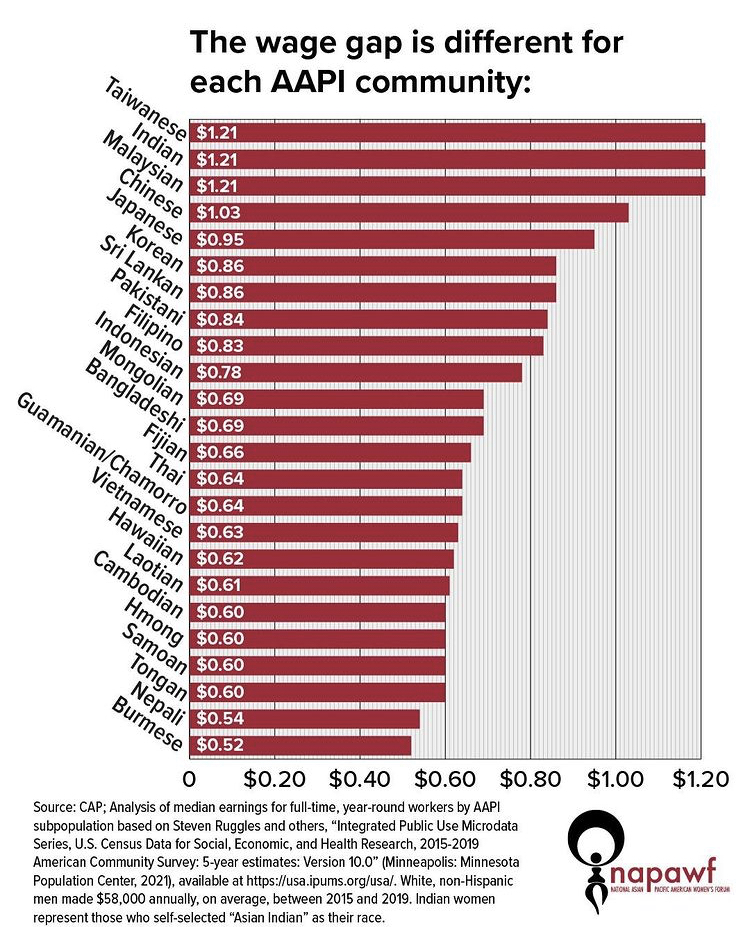 Income inequality is not the only thing holding back Southeast Asians. The high school dropout rate among Asians is 2.5%; however among Southeast Asians the dropout rate is 5.3%, with Burmese people making up 27.5% of that number. Among South Asians, the dropout rate is 3.2%, with Nepalese being the majority of high school dropouts at 19.6%. When looking at wages, Burmese and Nepalese people are the lowest earners amongst Asians.  The Model Minority stereotype asserts Asians have a cultural drive to do well in school and have a prosperous career; if this statement were true, why does the data point otherwise? 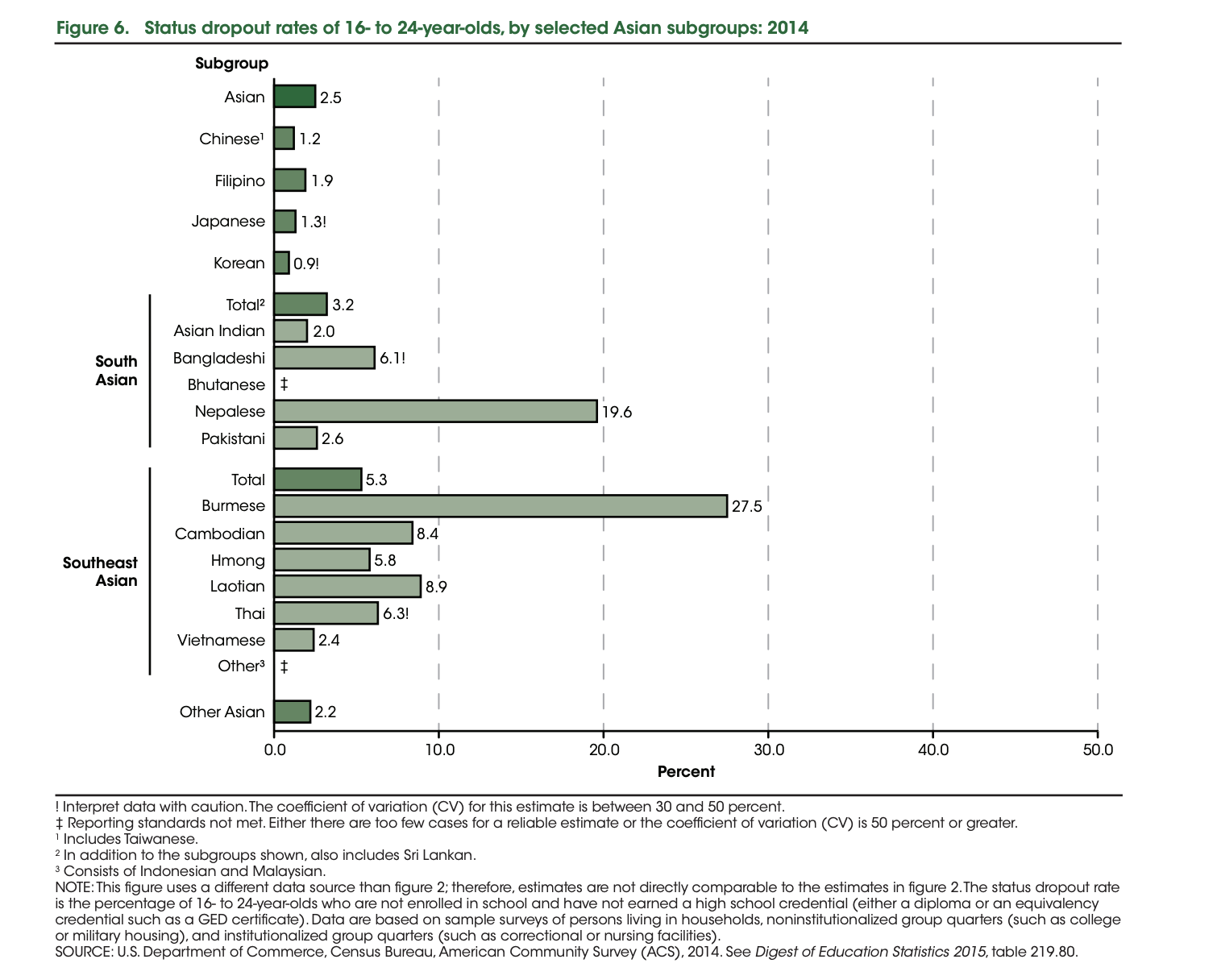 The Condition of Education, 2016

The stereotype of all Asians being good at school and having affluent jobs does not apply to the majority of ethnic groups in the United States. Even if it did, it does not excuse the senseless attacks on Asian Americans. The Model Minority concept says to all minorities, you can be successful if you just work hard enough. If you aren’t wealthy, then you aren’t working hard enough. This sentiment has lasted so long, that we take it as fact and don’t look further into the data. At a glance, Asians are performing better than white people; a closer look exposes the Model Minority as a myth. This was created to pit minorities against each other instead of fighting against the power that oppresses us most.

There have always been attacks on Asians (most notably Vincent Chen in 1982) but it is now, with the rise of social media, that people are becoming more aware of the atrocities that Asian Americans face. It is not just being teased for being good at math, but instead the murder of Asian people for things out of their control. Racists hate Chinese Americans for “creating the coronavirus” even though they are in a completely different continent from where the virus originated. Blue collar workers hate Indians for taking “our jobs” overseas when it is their CEOs who are outsourcing their jobs to exploit cheap labor. There has always been Asian hate, but it has been masked with the facade of being the Model Minority. Now that the myth has been exposed, it is time to demand justice. Stop Asian Hate.